A Failed Project: The Ponto-Armenian Federation 1919-1920

During the First World War, Armenians and Rums had collaborated against the Ottoman government. They later carried this collaboration to the postwar period and joined forces in their struggles versus the Istanbul and An-kara governments. Nevertheless, Rums and Armenians did not always cherish the best of emotions about one another. Despite their common animosity to-wards the Turks, they also had a rather long history of ill feeling against each another. Mark L. Bristol, the American High Commissioner in Istanbul and an acute observer of Ottoman affairs, noted succinctly this general rule of rather intricate relationship of alliance and animosity between Armenians and Rums:

“The fact developed herein that the Greeks hate the Armenians is, of course, no news in this part of the world. They are natural enemies in trade and business and the Greeks hate the Armenians because the Ar-menians generally beat the Greeks in trade. There has always been the keenest animosity between the Greek and Armenian Patriarchs, and this feeling has been instilled into their people by the priesthood. At the same time the Greek methods of making an alliance with the Armenians in spite of this racial feeling, is typical of the methods of this part of the world.” 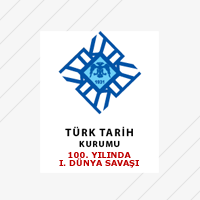